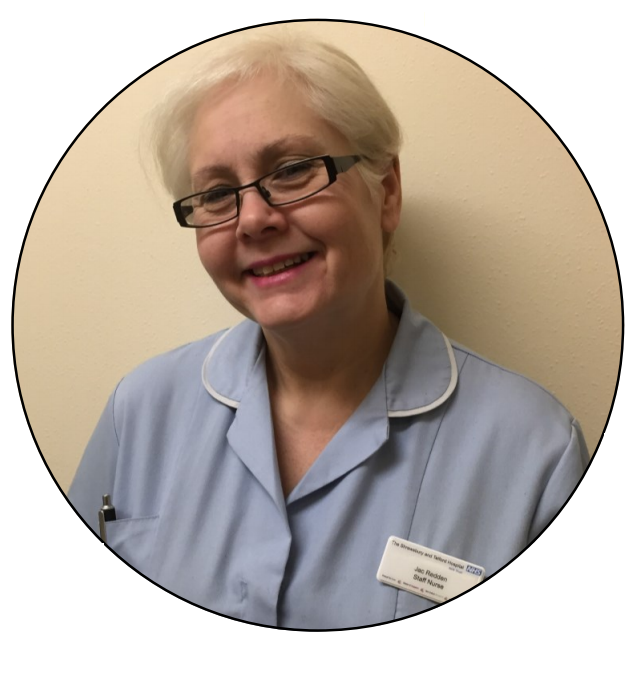 his week's Face of SaTH is Jacqueline Redden, who has worked at PRH since it opened in 1989… but she has a secret!

She works in Pre-operation Assessment having over the years worked on Ward 4 Care of the Elderly, Endoscopy and Day Theatres. However, she murders people as a side line. She does it mostly at the weekend, mostly in the Midlands and, even better, she gets paid for it! But don’t worry, you’re safe at work. That’s because she works for Murder 57, the country’s leading Murder Mystery company. Following an audition for the role two years ago, having been to many an enjoyable Murder Mystery weekend with her husband, she has played the murderer, the victim, a drunken aunty and a bitter Roman matron. Her audition for the role, which she was encouraged to do after one of the company’s actors recognised her while working at PRH, took place at The Plough and Harrow in Birmingham, where she was competing for a role against many budding actors and performers from various backgrounds.

She said: “I was given a plot outline and I was told to improvise the role of the adulterous wife of the chairman for the UFO Spotters Society. “Following my successful audition I have been busy murdering most weekends for Murder 57. Plots have varied from 1920 to the present day, comedy, themed and grim.

“Guests are encouraged to interrogate the actors, along with the evidence and actor interactions throughout the night. Inevitably there is always a murder on site and a blooded victim. “Actors dine alongside the guest and will answer whatever questions they get thrown at them, always remaining in character. As the night unfolds, and with the help of the Detective, guests can identify who they think did it and why, and a prize is offered for the winner.”

During her new adventure, Jacqueline has performed alongside professional actors, many of whom have been on television, films and on the stage in productions such as: Stephen Hawking, Doc Martin, Doctors, The Bill and a BBC Documentary for the Royal Shakespeare Company. Jacqueline added: “The Murder Mystery nights are always fun, never the same two nights on the trot. “The interaction with the guest is always amusing, especially if they too are in costume. And working alongside talented actors in their own right is always rewarding.”